We analyzed broader trends in the commercial real estate lending market, including the adoption of new technology by key players, to understand the direction of PropTech in 2022 with a focus on competitive financing solutions.

Commercial real estate financing has continued at a tremendous pace. Based on the CBRE Lending Momentum Index, commercial loan volume in Q1 2022 increased by 5.5% quarter-over-quarter and 69% year-over-year, taking the index to substantially higher than pre-pandemic levels. 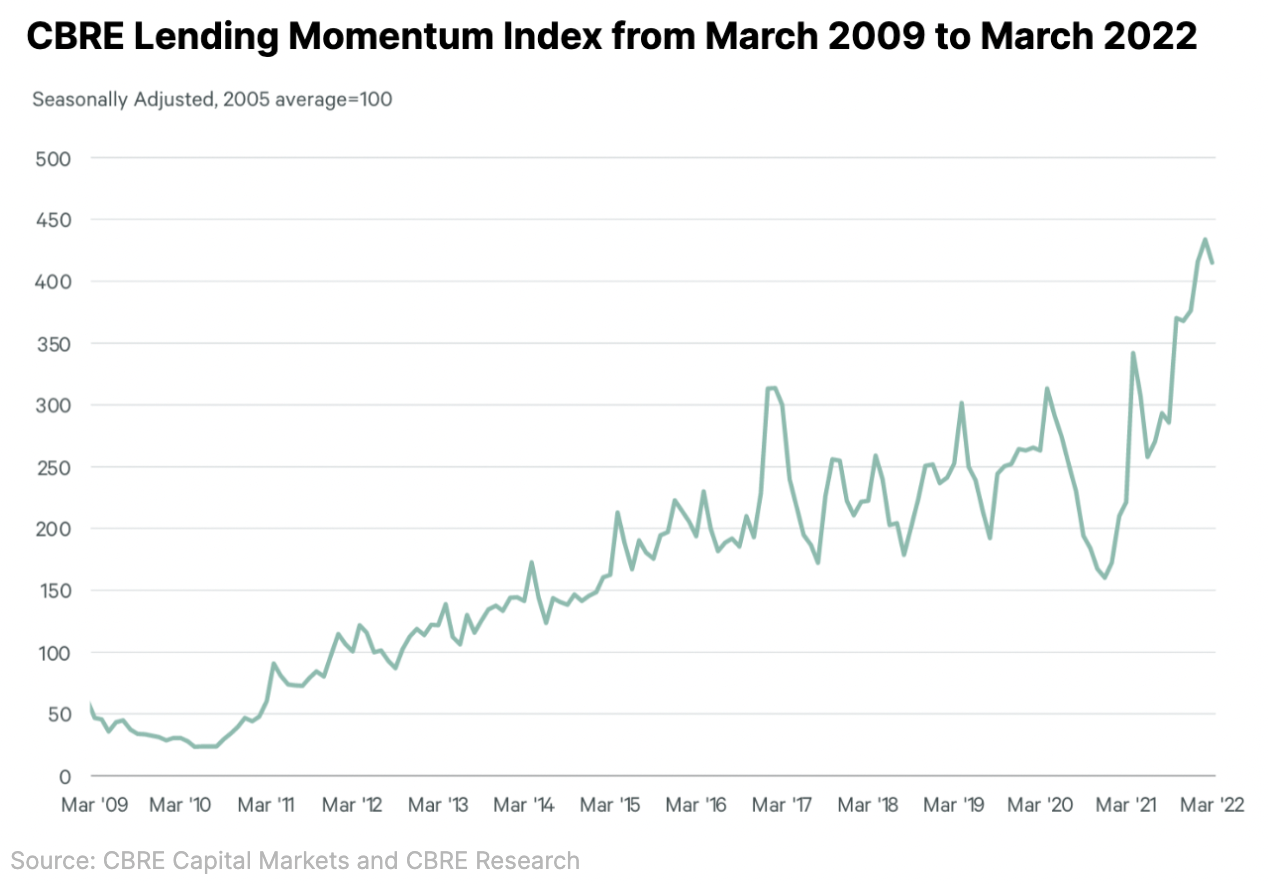 At the same time, the source of commercial loan originations is changing. According to CBRE, Alternative Lenders represented the largest non-agency lending group, with a 42.7% market share in Q1 2022. This is an impressive 30.6% increase from the year earlier, and is indicative of tighter competition in the CRE lending industry. As institutional lenders like banks continue to lose out, the struggle to offer the best quote intensifies. From our conversations with lenders, we see that agencies have had to fight tooth and nail for every deal, forcing them to sacrifice on loan terms and pricing. 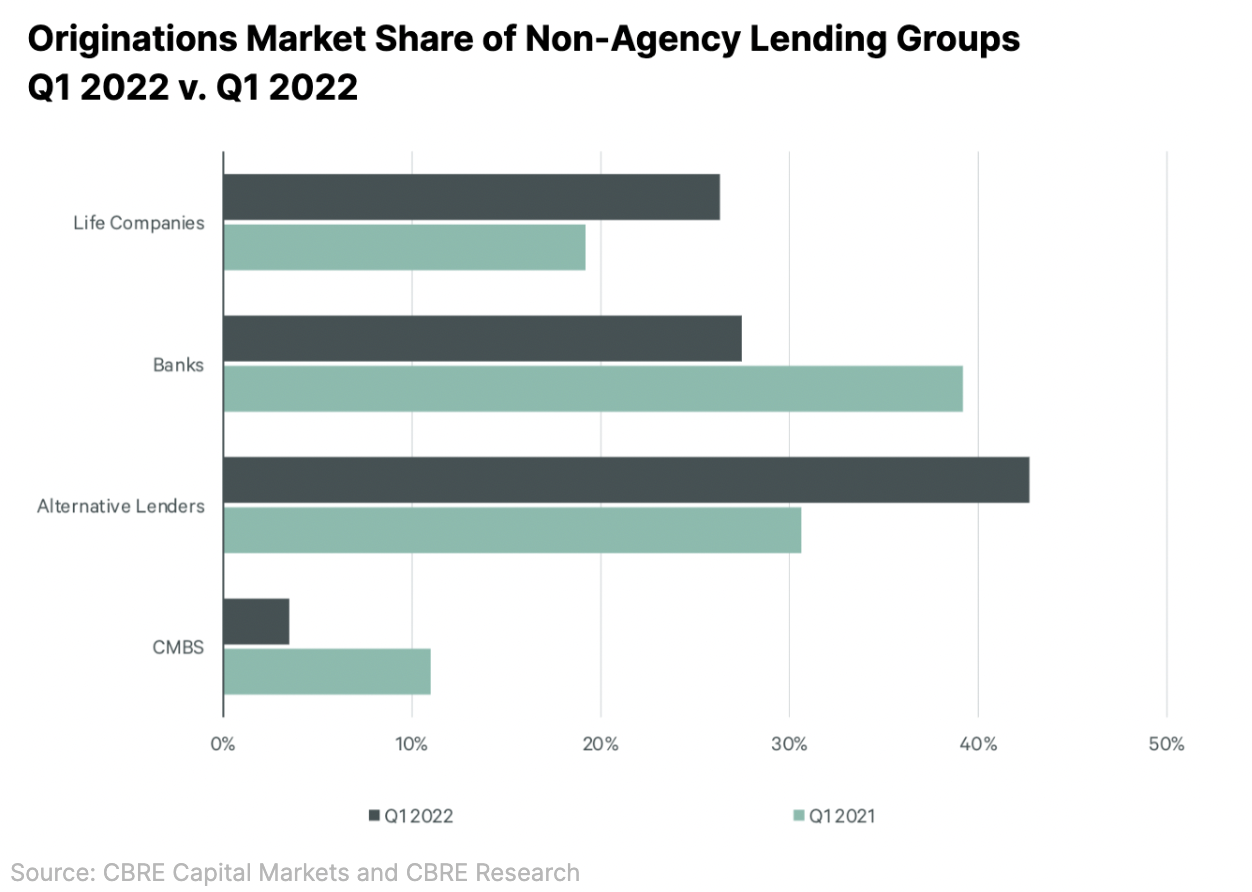 Under the Biden administration, significant changes in funding and policy have been announced with the goal of increasing the supply of affordable housing. For FY 2023, which starts on October 1, 2022, President Biden has proposed a nearly 20% budget increase for the Department of Housing and Urban Development (from ~$60.3 Billion to ~$71.9 Billion).

On a policy level, the administration has also released an action plan which, among other things, calls for making Construction to Permanent loans more widely available and reforming the Low Income Housing Tax Credit (LIHTC), which provides credits to private investors developing affordable rental housing. Government Sponsored Enterprises (GSEs) are also following suit, as Fannie Mae and Freddie Mac announced contributions of ~$1.14 Billion to the Housing Trust Fund and the Capital Magnet Fund in 2022, the largest amount ever. 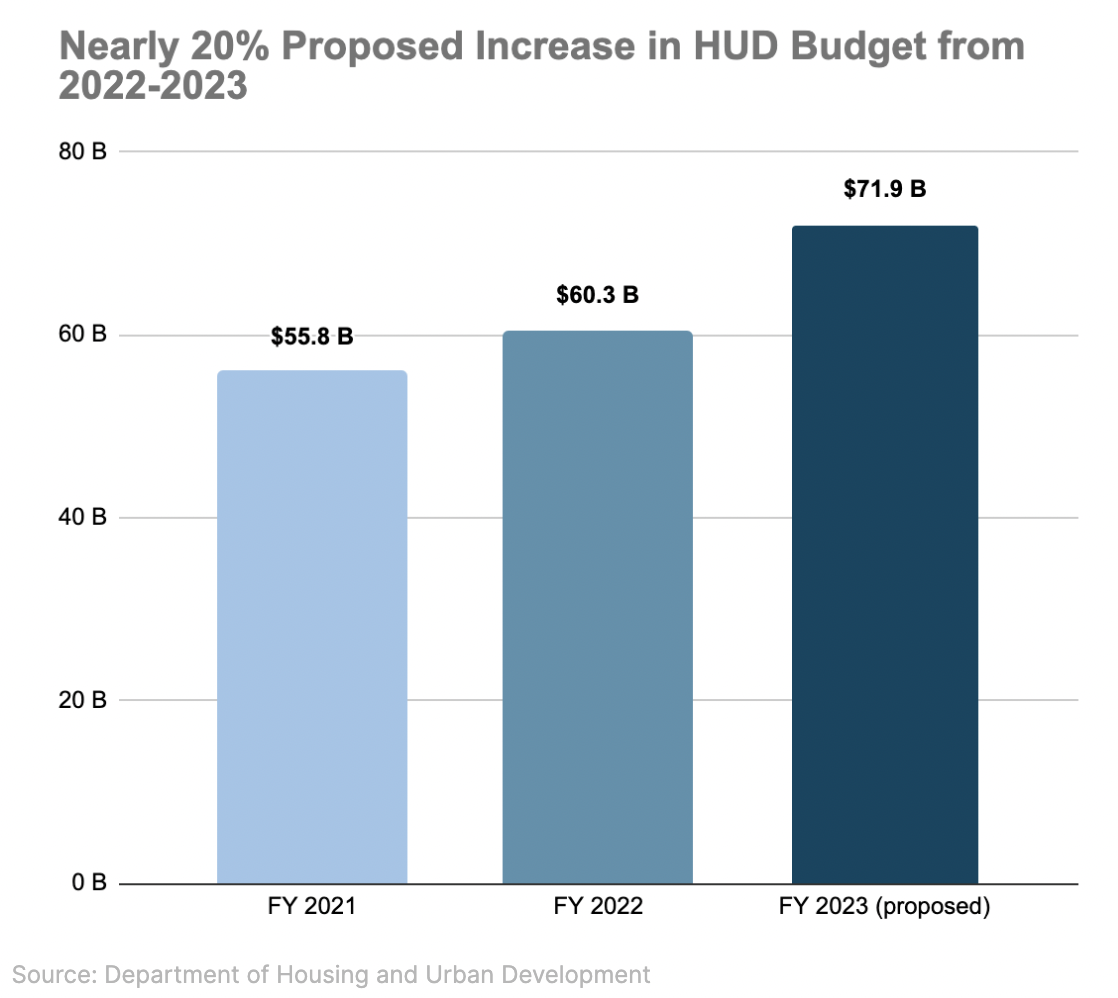 The cutthroat level of competition in CRE financing adds a new dimension for understanding these developments. The prioritization of affordable housing by this administration may shape the direction money flows in the multifamily market, and the firms in the best position to seize this opportunity would be those with the most competitive financing solutions.

The Search for Competitive Solutions

Based on a survey included in a recent report by the Deloitte Center for Financial Services, 75% of commercial real estate executives said their companies would likely expand partnerships with or invest in PropTechs this year. They join a growing percentage of commercial real estate professionals who see a need to solve for inefficiencies in CRE data to find opportunities for growth and keep up with competition.

Lenders in particular could have much to gain from technological breakthroughs in commercial real estate, especially those focused on the underwriting process. According to a May 2022 article from Fannie Mae, nearly all lenders (94%) agreed that “appraisal modernization efforts are valuable to the industry.” The same percentage stated that current tools, such as Fannie Mae’s free digital Collateral Underwriter®, were helpful in managing collateral risk and providing an extra layer of due diligence. In looking at the potential advantages that appraisal modernization could provide, shortening the loan origination cycle time, and therefore increasing the efficiency of the overall commercial real estate transaction process, was cited as the most important potential benefit.

Despite that, a lot of companies are still using legacy technologies which could complicate a smooth transition into higher tech solutions. A staggering 80% of surveyed firms reported not having a “fully modernized core system that could easily incorporate emerging technologies.” This has raised concerns among executives who are apprehensive toward the cost of both integrating PropTech into their preexisting infrastructure, apprehension that, in our view, is unwarranted. 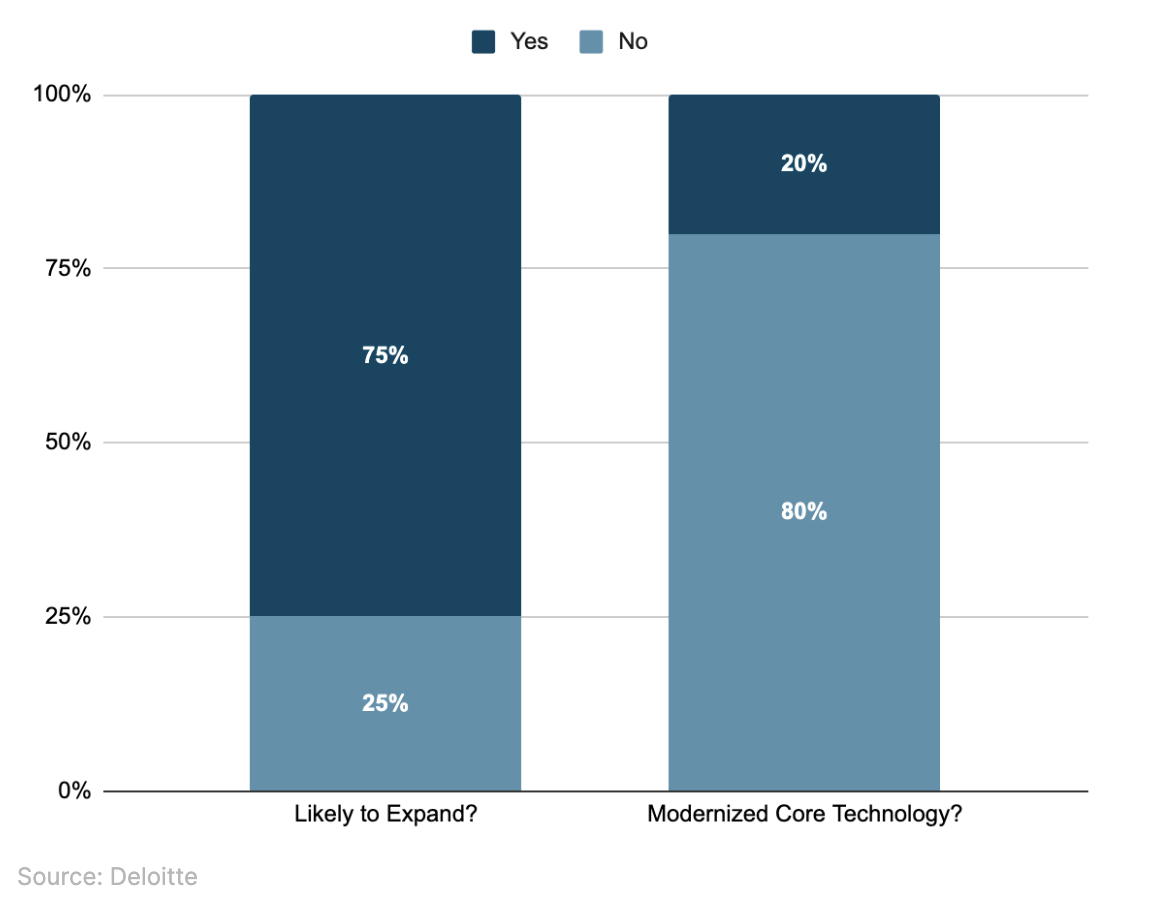 Overall, it is clear that there is a lot of interest in the growing PropTech space, but the challenge for those wanting to leave the old ways behind is demonstrating a high enough ROI to get the industry out of their “if it isn’t broken, don’t fix it” mindset. However, as more key players incorporate PropTech into their operations, these technologies may soon change from an exciting perk to a competitive necessity.

The Meteoric Rise of PropTech

Given the race for innovative and competitive solutions in commercial real estate, it is no surprise that 2022 is shaping up to continue the incredible levels of PropTech investment seen in 2021. According to Houlihan Lokey, there was about $4.8 Billion invested in the first quarter of 2022, despite the broader selloff that took place in the public markets for high-growth industries. 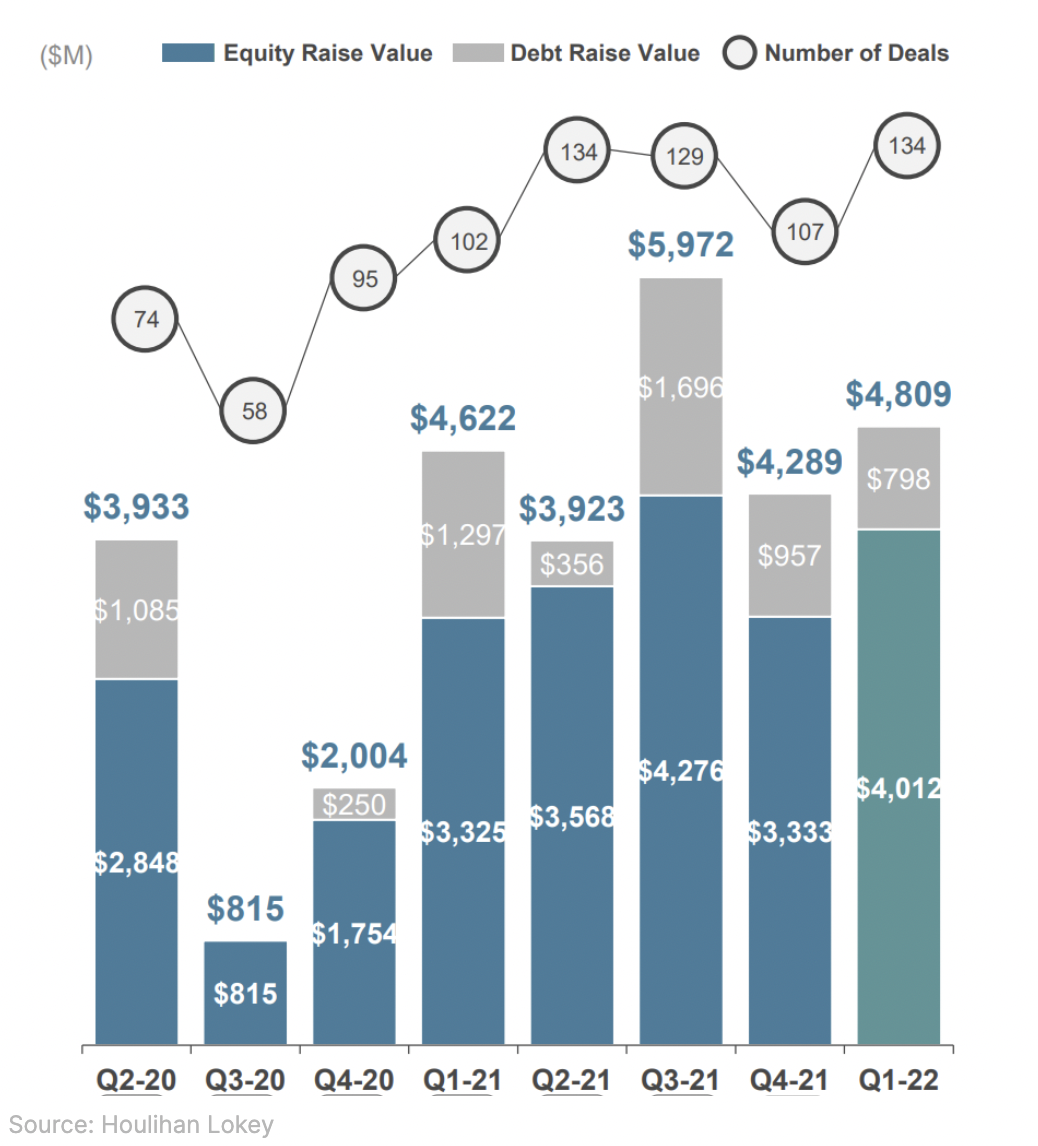 At the same time, M&A activity has kept a steady pace with a dominant focus on strategic consolidation. Although, with 33 recorded transactions in Q1 2022, deal volume has fallen from 2021’s quarterly average of 41 deals; the second half of 2022 is shaping up to see much more M&A action and make up for this lull.

The focus on consolidation in M&A may be indicative of a maturing market, an observation further supported by the fact that more than one-third of VC funding raised was Series D or later. Venture Capital firms are also expected to become more cautious following the recent tech selloff, and though PropTech investment was able to preserve through this, an overall decline in VC funding seems inevitable. As this source of funding dries up, many PropTech startups will be primed for acquisitions, especially by large commercial real estate firms with robust cash balances.

Key Players are Buying PropTech Startups to Beat the Competition

Some of the largest firms involved in commercial real estate services and lending have made significant progress towards adopting and incorporating PropTech into their business, especially over the past two years.

Three noteworthy developments in this area include:

Walker and Dunlop, a CRE giant and one of the first companies to obtain a Delegated Underwriting and Servicing (DUS) license from Fannie Mae, acquiring GeoPhy, a Dutch startup focused on real estate analytics, for $85 Million in February 2022. This is their largest tech acquisition to date and comes off the back of two prior PropTech acquisitions. The firm hopes to use these deals to bolster its lending, appraisal, and brokerage services.

JLL, one of the "Big Three" commercial real estate services companies, acquiring Skyline AI, a digital platform which applies proprietary machine learning models to the origination and analysis of real estate opportunities, in August 2021. Less than a year later in March 2022, the firm also launched their Valorem platform and AVM (Automated Valuation Model), both of which are focused on real-time valuation.

Berkadia, a joint venture between Berkshire Hathaway and Jefferies Financial Group, announcing a strategic investment into Red IQ, an automated underwriting platform, in May 2017 and bringing the PropTech firm Local Logic into their BeEngaged network in February 2022. The startup will collaborate with Berkadia and its partners to potentially pilot the use of location scores in their underwriting.

With many firms, including J.P. Morgan Chase and CBRE, taking similar steps, the adoption chasm may soon be bridged over. With this in mind, it is important to highlight the tendency for these key players to acquire PropTech startups rather than develop their own in-house platforms. On the startup side, as VC funding continues to mature and likely decline, PropTech companies will increasingly look for strategic partners who are established in the commercial real estate industry. With AI and Machine Learning based solutions becoming the industry standard for loan origination and underwriting, it is fairly easy to predict that countless other established firms will follow in these key players’ footsteps and seek their own tech-based partners in the M&A market.

﻿David is an analyst at SeeCares. He researches and analyzes CRE data on a local, regional, and national level. He closely follows market trends and evaluates the conditions in the commercial real estate industry.