Multifamily has proven time and time again to be a key component of nearly everybody’s commercial real estate portfolio, outperforming most other asset classes. Housing prices remain hot across the board in the US, and while COVID may have changed the nature of the game in some ways, there are numerous trends that have played an outsized role in boosting the housing markets.

As Walker & Dunlop analysts pointed out in a recent quarterly report , apartment markets in the southeast in particular have remained strong over 2020-2021. Low-cost markets such as Dallas, Atlanta, and Houston actually led demand over 2020, each absorbing over 10,000 units. Markets such as Charleston, Charlotte, Jacksonville, Raleigh, and San Antonio also exhibited extremely strong demand. Overall, Class B rent growth increased by 1.4% in 2020 (effecting markets with a high percentage of class B properties), and Class A experienced slight rent declines, possibly reflecting a construction pipeline.

SeeCares data points to another trend, particularly effecting the Nashville and Cincinnati areas, along with similar cities like Columbus, Raleigh, Indianapolis, and Pittsburgh. We call this trend the Amazon Effect, and are definitely not the first ones to coin the term! The Amazon effect has in general led to higher housing prices and greater demand, often driven by thousands of new job opportunities. Take northern Virginia for example; shortly following Amazon’s 2018 announcement of a 2nd headquarters in the area, home prices rose by over 20%, as opposed to NY where it dropped immediately when Amazon backed out of its original plan to open a campus in Long Island City. Demand also increased in the area, as the number of homes in the Northern Virginia area dropped by more than 25% over 2019-2020. Analysts suggested that homes generally sold in just ¾ of the time it took before the announcement.

Nashville as a Model for Amazon-led Growth

In 2018, Amazon announced an “Operations Center of Excellence” in the Nashville Yards, currently under development and within up to a 20-minute drive to most of the metropolitan area.

The facility will be responsible for the company’s customer fulfillment, transportation, supply chain and other similar activities. Amazon is making an estimated $623 million capital investment over seven years creating 5,000 new full-time jobs with an average pay of $76.32 an hour, equaling more than $150,000 a year. Over the next 10 years, Davidson County, the city of Nashville and the State of Tennessee will benefit from over $1 billion in new tax revenue as a result of Amazon’s investment and job creation.

Amazon announced in January 2021, that it will be dedicating $2 billion for affordable housing in Nashville, Seattle, and Arlington, home to 3 of its headquarters. Amazon's Housing Equity Fund

"The "Amazon Effect" starts with increasing demand for housing, and eventually extends to other industries via a ripple effect. Just look at Nashville, Seattle, Arlington, San Bernandino, and so forth. Is ﻿Cincinnati next?"

In May 2019, Amazon announced a large expansion into Kentucky and the Greater Cincinnati metropolitan area, with a new Air Hub located in Hebron, KY, located close to the Cincinnati/Northern Kentucky International Airport approximately a 25-minute drive from the property. The new Amazon Air Hub is slated to open before the end of 2021, and is focused on improving the efficiency of Amazon Prime.

The project marks a $1.5B investment and includes construction of a new ramp for aircraft parking, vehicle parking lots and a sortation building, as well as local roadway improvements. The company chose Cincinnati as it sits strategically at the heart of the Ohio-Kentucky-Indiana region with millions of tons of freight passing through annually. Interstate 75, one of the heaviest truck lanes in the U.S., and the region's major highway system, allow for 80% of the region's freight to move by truck. Amazon announced it was kicking off a hiring campaign on May 26, 2021, and is slated to hire more than 2,000 employees, and this just the outset.

Amazon’s presence in a market has the potential to correlate with a variety of positive impacts. Aside from direct job creation, existing service sector businesses near Amazon locations, such as retail and restaurants, will see increased traffic, and new businesses are expected to spring up as demand grows. An example of the Amazon effect can be seen in the California city of San Bernardino. In 2012, Amazon opened its first center, and after proving successful it proceeded to open 14 additional nearby centers. Over a four-year period, Amazon invested $2 billion directly generating $2.7 billion of secondary impact. There were 14% more businesses established over the same time frame and the area unemployment.

The result of the amazon effect is clear, and the long-term effects on the housing markets will be felt most strongly in areas where the private sector steps in and pulls it ahead. As the Brookings Institute published in April , private sector firms play the largest role in driving housing markets and particularly in developing or managing rental housing. Looking at the Midwest, rent as a percentage of income, for example, was far less in the South and Midwest vs. the rest of the US. Keep an eye on all those “prime” areas where Amazon has announced new projects and get ready for more valuable housing markets. 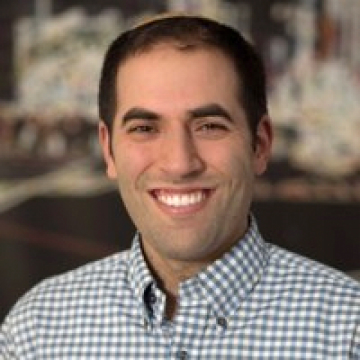 ﻿Evan Chesir leads the Business Development and Marketing at SeeCares. He builds industry relationships with lenders, borrowers, and brokers, helping each of them close more deals more quickly.